Rossville—Lucinda C. “Cindy” Mitchell, 63, passed away Tuesday, January 12, 2021, near Rossville, from injuries she suffered in an auto accident.  The love of her life, Chris, was injured in the same accident.

Memorial services for Cindy will be after Chris is out of the hospital.  Memorial contributions may be made to Venmo kimber-Mitchell-1.  To leave condolances, go to:      www.PiperFuneralHome.com

Info about the accident that she perished in can be read at:

Link to Accident on Hwy 24

From the Galt (CA) Herald:

Wendell Houck, long-time Herald, CA rancher, was born on Jan. 14, 1921 near Delia, Kansas on the Potawatomi Reservation. Woodrow Wilson was president, dealing with World War I, women had just fought for and won their right to vote, movies were still silent films and the American Professional Football League was formed the previous year with Jim Thorpe as its president.

Houck is one of four living siblings. His older sister is 105 and his three younger brothers are all in their 90s. His family encourages all who know him to send happy birthday wishes.
To read the complete article and see photo,  go to:    http://www.galtheraldonline.com/lifestyle/wendell-houck-herald-rancher-turns-100/article_f71447f2-55d6-11eb-a735-3b415ffb7455.html 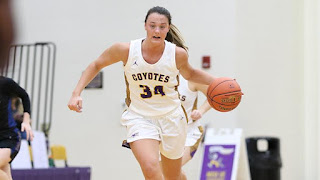 Kansas Wesleyan soundly defeated Southwestern 68-42 on Jan. 13 with Amanda Hill scoring 21 points on 7 of 11 shooting.  She also led the team in rebounding with 11.  Caila Hill added 5 pts on 2 of 9 shooting and added 7 rebounds and 3 assists.    You can read the game details at:     https://www.kwucoyotes.com/article/5125

Margie Ann Baird, 80, of Rossville, KS, formerly of Silver Lake, KS, passed away Sunday, January 10, 2021 at Rossville Health and Rehab. She was born December 8, 1940 in Topeka, KS, the daughter of Edward and Marcella (Hanna) Fitzgerald.

Margie graduated from Mayetta High School in 1958. She was a secretary for the Silver Lake School system and she was a member of Mother Teresa Catholic Church in Topeka.Margie married Billy J. Baird on December 22, 1967 in Denver, CO. He preceded her in death in May 2011. She was also preceded in death by an infant sister.Survivors include 2 sons, Edward Baird and his wife Kim of Evergreen, CO, and Matt Kiene and his wife Teresa of Los Angeles, CA; sister, Mary Sadler and her husband Ron of Silver Lake, KS.Memorial Services will be at a later date. Mercer Funeral Home in Holton is in charge of arrangements. Due to the critical situation we all are in, please remember the families during this difficult time and consider sending a card of condolence or posting on our website. Mercer Funeral Home, P.O. Box 270, Holton, KS 66436. www.mercerfuneralhomes.com.
Posted by Frank Ruff at 1/13/2021 11:24:00 AM No comments:

One person was killed and two people injured about 7:30 p.m. Tuesday in a two-vehicle, head-on collision on US-24 highway about a mile east of Rossville, a Shawnee County Emergency Communications Center dispatcher said.

Lucinda C. Mitchell, 63, of Rossville, died at the scene, according to a Kansas Highway Patrol accident report.

Mitchell had been a passenger in a car driven by Christopher M. Mitchell, 61, of Rossville, who suffered injuries that were suspected to be serious, the report said.

Mary Ann Diehl, 75, passed away on December 19, 2020, in the city of Beaumont, CA, from a sudden heart attack en route to the hospital.  She will be greatly missed.

Mary Ann was born on March 18, 1945 in Wamego, Kansas to Dale Chalmer and Marsella Ann (Stadler) Ruff, both deceased.

Mary Ann grew up in Rossville, Kansas and graduated from Rossville High School in 1962. Upon graduation she began working for various companies around the Topeka area, including Shelter Insurance in the Claims Department and managed lounge at the American Legion Auxilary Post 400 in Topeka.  Mary Ann’s desire to see more of the world lead her to move to Kansas City in 1991 and she studied and became a licensed travel agent, which allowed her to travel more and see the beauty the world has to offer.  Eventually she found herself moving to the Palm Springs area of California where she worked as an office administrator until she retired in 2009.

Mary Ann married Stephen Diehl but were granted a divorce in 1974.   They had a son in 1970, Jason Christopher, who survives his mother and lives in West Hollywood, CA, not far from Mary Ann’s home in Beaumont.  Mary Ann is also survived by a brother, Frank Ruff (Lorraine),  in Davidsonville, MD.

During the course of her life, Mary Ann enjoyed many surprising activities, including volunteering her time and talents by making quilts for veteran’s groups.  She also enjoyed playing billiards and proved to be quite the pool shark.  In the 1980s she often placed in the top 3 positions in the Kansas Women’s Billiards Tournament and even garnered First Place trophies in both singles and doubles tournaments.

Mary Ann will be interred next to her mother at the Rossville Cemetery in Rossville, KS after a graveside service on January 15th, at 1:00pm.  The family welcomes any friend, relative or acquaintance of Mary Ann to attend the service.  The service is being arranged by Piper Funeral Home in St. Marys, KS

The family would like to thank everyone who has expressed their condolences at her loss and hope that Mary Ann’s loving warmth and caring remain in the hearts and minds of those individuals that were lucky enough to spend time in her presence.

In lieu of flowers the family requests memorial donations be made to the American Heart Assoc.,  7272 Greenville Ave., Dallas, TX 75231,  Condolences may be left on Mary Ann's online guest book at www.piperfuneralhome.com.
Posted by Frank Ruff at 1/13/2021 09:11:00 AM No comments:

A graveside service will be held at Roselawn Mortuary, Salina, Kansas on Wednesday, January 13th at 1:00 PM. 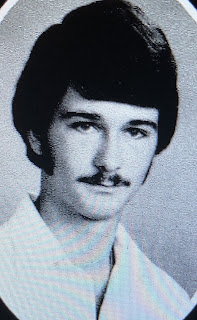 Tad graduated from Rossville High School in 1981, and in 1982 he married his high school sweetheart, Deb “Carathers” Good. In 1985 Tad enlisted in the U.S. Army. He joined to be a military police officer and progressed up to a Special Agent in the U.S. Army Criminal Investigation Command (CID). After 11.5 years of service, he departed with an honorable discharge in December 1996. He then began a new journey working for the Social Security Administration, where he made his way from a Field Service Specialist to a Group Supervisor to the Facilities Project Manager and Claims Authorizer. During the beginning years of working with Social Security Tad also took classes at DeVry University (1998-2001) where he got his Bachelor of Science-BS- in business information systems and graduated with honors, Magna Cum Laude. After almost 16 years of working Social Security, he retired. After retiring Tad decided to work as an insurance agent at Integrity Insurance Agency where he worked for 5.5 years.
Tad was a man of faith. In 2014 he found his calling and was ordained and became the Pastor of the Willard Community Baptist Church. He was dedicated to the Lord, his family, and friends. In his spare time, he loved being outdoors, fishing, shooting guns, working on the farm, or building something. He also enjoyed getting the family together and grilling/smoking meat for everyone.
Tad was a family man. He was kind, loyal, and loving to his wife, Deb Good. They married on July 31st, 1982. They spent 38 wonderful years together and had 3 children, Michael Good (Brianne), Gavin Good (Crystal), and Kristen Good. He was also a very proud PaPa to 6 grandchildren, Kiya, Keira, Trebor, Tripp, Chloe, and Paisley. Tad is also survived by his father Floyd Good, Sister Tara Good, and Brother Troy Good (Mel), and many Aunts, Uncles, and cousins.
Tad is preceded in death by his mother Carolyn Good, his Grandparents Norris and Dorothy Boise, and his Grandparents Robert and Velma Good.
Service pending due to Covid19.
Angels Above Cremation Service is handling arrangements.