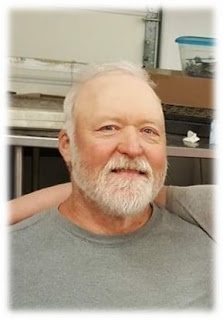 Dan was the husband of Donna Jensen, RHS Class of 1977

St. Marys—Daniel L. “Dan” Brunin, 62, aka, “Farmer Dan” left this world for greener fields on Wednesday, June 9, 2021 after a long fight with kidney disease, and the most insidious disease no one has ever heard of, calciphylaxis.

He was born September 22, 1958, in Topeka, the son of Robert J. and Veronica J. Muller Brunin.  Dan was raised in the St. Marys community and graduated from St. Marys High School in 1976.  He was a member of Immaculate Conception Catholic Church in St. Marys.

Dan was a farmer and a truck gardener.  On many weekends you would find him selling his produce in Downtown St. Marys.  Gardening and farming were his passion. He especially loved raising sweet corn, tomatoes, and pumpkins. Brunin Sweet Corn was his pride and joy, and has been eaten in almost every state, and several different countries. In the last several years, his name “Farmer Dan” was used interchangeably with “Dan the Pumpkin Man,” by the many kids that went to pick pumpkins from his patch.  He also loved growing corn and soybeans, and watching the grain market prices was one of his favorite pastimes. Even in his last days, he would excitedly ask for updates on grain prices, which his family and friends happily provided. In addition to farming, Dan operated Brunin Catering with his wife Donna, fulfilling yet another dream. He loved cooking for his friends and family, and his ribeye steaks and prime rib were legendary. His made-to-order omelet bar on Christmas morning was a tradition.  One of his family’s biggest regrets is that he didn’t get to fix that one last prime rib for us as he hoped to do before he went to KU Med. Before farming and cooking, Dan had been a painter and he and his wife Donna owned and operated Brunin Paint and Decorating in St. Marys. As a painter, his skill, attention to detail, and quality was unmatched. He loved painting, and making his customers happy. Through both the Paint Store and his painting, he made friends from all walks of life in many different communities. He also skillfully refinished furniture, and was a tile layer. If handiwork was involved, he excelled at it, and enjoyed doing it. Dan fully embodied the saying, “Do what you love, and you’ll never work a day in your life.”

In addition to his professional talents, Dan was a skilled outdoorsman. He was an amazing fisherman. He set lines on the Kansas River, and caught flathead catfish from an early age. However, catching those fish was always better when he checked those lines with friends and family.  His morel mushroom hunting ability was unparalleled.  As his son Darin said, “…he could probably smell a morel mushroom from a ¼ mile away.” Many friends inquired as to whether he would give up his favorite morel spots to them before he passed. He did not. Some secrets are forever.  However, he did share his wonder and love of nature with his children and grandchildren, and every Bald Eagle, every Monarch butterfly, and every Zinnia that flowers will be a reminder of him. His family and many, many friends meant the world to him.

He was preceded in death by his parents.  Dan was united in marriage to Donna Jenssen on April 20, 1979, in St. Marys.  She survives of the home.

Mass of Christian Burial will be celebrated at 10:00 A.M. Tuesday, June 15, 2021, at Immaculate Conception Catholic Church.  Interment will be in Mt. Calvary Cemetery, St. Marys.  Dan will lie in state and the family will receive friends Monday, from 5:00 until the rosary at 7:00 P.M. at the church.

The family would like to thank the doctors and staff at the University of Kansas Hospital for their kind and respectful care, and efforts while Dan was hospitalized.  In lieu of flowers, consider cooking a meal for those you love, or go buy vegetables at your local Farmer’s Market in his honor. Memorial contributions may be made to the American Kidney Foundation, Wild Animal Sanctuary, or Little Prairie Donation Garden and sent in care of Piper Funeral Home, 714 Maple Street, St. Marys, Kansas 66536.  To leave online condolences go to www.piperfuneralhome.com.

A time for remembering  and celebrating
John and saying good-bye

Lunch follows.  All are welcome.

John's obituary can be read at:
https://rossvilleksalumninews.blogspot.com/search?q=rogers

The Kansas Shrine Bowl will take place for the 48th time Saturday, June 26th, 2021 at Gowan's Stadium in Hutchinson, KS.    Bo Reeves from Rossville will be on the East team.

Each player selected has the opportunity to play in one of the most prominent all-star games in the nation and for a worthy cause. All players will be representing their high school, the Kansas Shrine Bowl and most importantly the Shriners Hospitals for Children and their patients. All proceeds from the game go to benefit the network of 22 hospitals.
Posted by Frank Ruff at 6/13/2021 01:10:00 PM No comments:

There was a lot of hot action at Joe Campbell Stadium Thur. night with Baldwin City and the Giants combining with 24 hits and 26 runs scored.  However,  Baldwin City scored the most runs defeating the Giants 14-12.

The Junction City Brigade grabbed the lead in the 8th inning and held on to defeat the Golden Giants 5-3 on Tuesday evening. 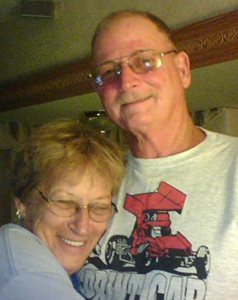 She was born July 27, 1940, in Wheaton, Kansas the daughter of Freddie and Lorna (Teske) Figge. She graduated from Wheaton High School in 1958.

Judy and family lived north of Rossville.  Judy was employed by the USD 321 School District as a cook for many years.   Their children attended Rossville High.

Judy was very good at crochet and traveled full-time in retirement, and loved camping and playing games with family and friends. She and her husband Dean were always together.

Dove Cremations and Funerals - Southwest Chapel is assisting the family.

The Golden Giant's season is underway with home games at Joe Campbell Memorial Stadium in Rossville.

Tonight,  June 8, they play the JC Brigade again on the road beginning at 7 PM,  On June 9,  they will play another road game at the KC Monarchs.

Conners Have A Girl

Amanda and Matt Conner Rossville are the proud parents of a new baby girl born June 4, 2021 at Stormont-Vail.

Jess was born on January 22, 1966 in Fort Leonard Wood, Missouri to Harry and Pat Adams.He graduated from Silver Lake High School and then attended Highland Community College on a baseball scholarship. He later attended Washburn University.

After schooling he started his coaching journey at schools throughout the Mideast League, with coaching various sports. He also was the baseball coach with the American Legion Post 160. He enjoyed being a mentor to kids. Jess loved to spend time with his family, his daughter, and spoiling his grandchildren. He is survived by his parents; Daughter, Abby (Chayse) Saia, Brothers, Brent (Heather) Adams and Chad (Carla) Adams; Sister, Wendy (Steven) Spreer; and Grandchildren, Jackson Saia and Addison Saia.Memorial service will be Thursday, June 3, 2021 at 10:30 am at First Baptist Church of Silver Lake, 3439 NW Hoch Rd, Silver Lake, KS 66539In lieu of flowers, donations may be made to Midland Hospice Care in Jess's honor.
Posted by Frank Ruff at 6/05/2021 07:31:00 PM No comments:

WICHITA, Kan. (AP) — A Texas jury has awarded $222 million to the widow of a Kansas man who died in an accident at Evergy’s Jeffrey Energy Center power plant near St. Marys, Kansas, in 2018.

The jury found that Team Industrial Services, a Texas-based subcontractor to Westar Energy, was 90% responsible for the death of Jesse Henson, of Manhattan, the family’s attorneys said in a news release Tuesday.

Henson and a co-worker, Damien Burchett, of Overbrook, were burned alive when they were investigating a loss of power at the steam plant near St. Marys, Kansas, on June 3, 2018.

Westar, which is now called Evergy, was found to be 10% responsible, The Wichita Eagle reported.

The deaths occurred after Team finished rebuilding parts in three-generation units at the coal-fired plant.

Burchett and Henson went to investigate a loss of steam at one of the three units. When their elevator door opened, they were engulfed in superheated steam that leaked from the defective rebuilt valve, according to the lawsuit.

Team argued Westar and Henson were largely responsible for the accident.

Evergy spokeswoman Gina Penzig said the company would have no immediate comment on the case.

Burchett’s relatives have filed a separate lawsuit for his death.